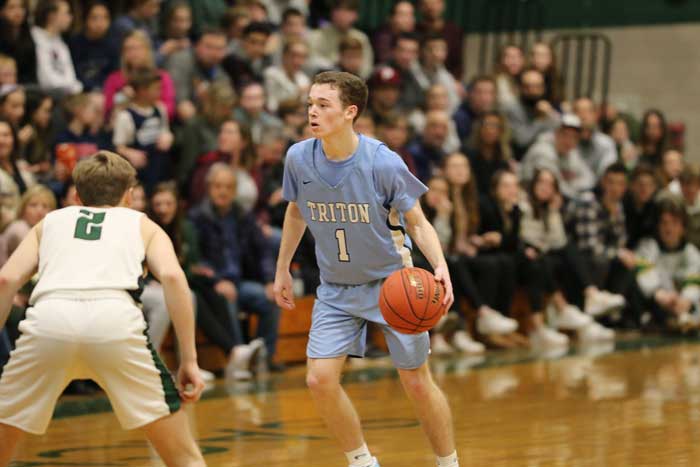 Both teams were on losing streaks.

Triton fared best in this crucial outing for both squads and defeated Pentucket, 62-52, on Friday night.

The noise during the game was at tournament level.

It was Senior Night.  Kids played at halftime and there was a heavily-involved band.  To say the least, there was a lot going on.

Sparked by thirteen of Mason’s points, Triton was ahead, 28-12, halfway through the second quarter.

“We were missing several key players,” said Mason, “and coach said that I had to pick up some of the slack on offense and that is what I did.”

Pentucket coach Ed Hickey cited the bad start as crucial: “We dug ourselves too deep a hole early in the game.”

The Sachems (5-9) were still in double-digit trouble early in the final quarter trailing, 43-30.

Thereafter, the struggling Pentucket offense, which had put up seven points, thirteen points, and ten points in the previous three periods, came to life.